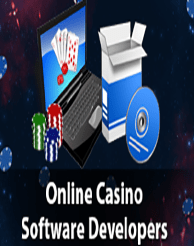 The online gambling industry wouldn't be what it is today without casino software developers, who have single-handedly revolutionized the whole industry from conventional brick-and-mortar casino games to online gaming.

Leading this online casino revolution are top 10 world-class software providers, including Playtech, Evolution Gaming, Microgaming, NetEnt, and Elk Studios. These are heavyweights of the gambling industry and work in the background to give players innovative gameplay, 3D entertainment, and maximum enjoyment.

A giant in the gambling industry, Microgaming boasts more than 500 games. It's been in existence since 1994 and its re-playability and popularity, combined with frequent new releases across several game categories hint at a company that's here to stay for many years to come. It is very well known for its huge progressive jackpot slot Mega Moolah.

Since the late 1990s, Playtech has been developing some of the best table, live dealer, jackpot, and slot games in the casino industry. Based in the Isle of Man, Playtech has an amazing array of licensed film and TV slots, such as Who Wants to Be a Millionaire and Monty Python's Spamalot.

Widely known to be one of the world's top 10 casino game developers, NetEnt is the author of such titles as Starbust, Jack and the Beanstalk, and Gonzo's Quest. Not content with expanding its horizons with 3D casino slot games, NetEnt also boasts world-class live dealer games.

Isoftbet is the number one casino software developer in terms of variety in slot making. Based in London, the company creates unconventional, classic 3D slots, video, and jackpot games to appeal to everyone. With an emphasis on inventive game themes and mobile compatibility, Isoftbet is definitely worth a try.

Arguably the largest software provider to service the two top gambling countries, the U.S, and Australia, Betsoft is very exciting on both desktop and mobile devices and has an awesome range of slot games. It also boasts an amazing array of RNG games, such as popular table games as well as a truly special virtual racing game.

Much more than a developer, Yggdrasil is an industry mover and shaker that has created tools such as BRAG, iSENSE, and BOOST. It's probably most popular for Sonya Blackjack, its innovative title which sees Blackjack hosted by a motion-capture animated croupier.

This top-rated Swedish company has offices in both Sweden and Malta. With its team of fervent video slot buffs, the company builds its culture on diversity, friendship, and passion, which leads to innovative in-demand products in the industry.

Elk Studios is one of the latest entrants in the competitive field of online casino software development. In the short time they've been in the industry, they've have definitely managed to cause ripples with their wonderfully designed and feature-heavy slot games. 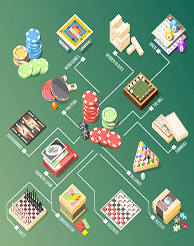 1x2 Gaming provides players with casino games, virtual football, and general fixed odds games. In addition, the 1X2 Network has Iron Dog Studios, an industry heavy hitter which mainly focuses on producing quality games with the help of the best available technology to deliver an excellent gaming experience to all players.

Thunderkick was established in 2012 by a group of ex NetEnt employees. Its trademark includes its smooth gameplay and colorful, fun characters, thanks to Thunderkick's remote gaming server. While Thunderkick is still relatively new on the market, it has already won top acclaim, with the slot Flame Busters bagging the 2017 Video Slots Award in the best mobile game category.